Viewing shows on streaming services is what’s popular nowadays, and these services offer many enthralling programs. However, if you stick to streaming services shows only, you might be missing out on some shows are filled with exactly the material you want to see.

Watching Smurf rule over a kingdom of crime is what you’ll get when you tune into this program. Smurf’s sons and grandson bring character and surprising charm to the scene despite their criminal behavior. The newest season has introduced viewers to some backstory of where Smurf came from and how she got her start in the world of crime as well as to some new and intriguing characters. With shocking family dynamics and captivating plot lines, this series should hold your attention.

If you like reality television and are looking to add some shows to your DVR for the summer, checking out how the houseguests interact with each other and form and break bonds is sure to fulfill your appetite. Imagine over one dozen strangers essentially locked in a house together for three months, and you can probably imagine the chaos that erupts. Some of the competitions require physical strength and others test intelligence levels. The game also has a massive social component to it. If you find yourself craving the show at other times of the year, keep your eyes open because winter specials have occurred in the past.

This show is one that has a long history of excellence and success, and if you have never tuned in before, now is the time. Each episode, you’ll feel as though you’re involved as the detectives work to determine the answer. Sometimes, the plots will introduce you to more information about the main characters’ lives so that you can begin to feel more attached to them. Over the many years that the show has been on television, a number of characters have come and gone, so proceed with caution when getting too attached.

Sticking with your favorite shows on streaming services is a fine way to get in healthy doses of entertainment. However, remember that plenty of television shows still air new episodes on a regular basis. When you find a show and stick with it, you may discover that the eagerness and anticipation of waiting for a new episode is actually exciting. Instead of always having instant gratification with television, you can remind yourself of the power of patience. 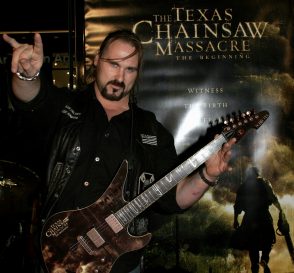 From the name of the franchise, “Texas Chainsaw” may sound like a cheap slasher, but the grisly film series provide us with a lot of enjoyment in a somewhat darker way. The first film of the series was launched in …
February 23, 2019|Entertainment|