From the name of the franchise, “Texas Chainsaw” may sound like a cheap slasher, but the grisly film series provide us with a lot of enjoyment in a somewhat darker way. The first film of the series was launched in 1974, it’s called the Texas Chainsaw Massacre. The film is about a cannibalistic family who kidnap unsuspecting customers at their gas station in a rural area of Texas. Leatherface is the most notable character in the franchise and today, it is still among the most well-known villain in the film industry. He is known by that human skin mask, bloody butcher’s apron and an intimidating chainsaw. The film is based on a real life serial killer, Ed Gein, who also use skin of his victims to make various objects, although he didn’t use chainsaw. After the first film, six more sequels were released. In 1986, The Texas Chainsaw Massacre 2 was released. Its more about a comedic horror genre with plenty of black humor as well as various gore effects. In 1990, the second sequel, Leatherface, The Texas Chainsaw Massacre III was also released, which was starred by Viggo Mortensen, Kate Hodge and Ken Foree.  In 1994, another sequel was released, Texas Chainsaw Massacre: The Next Generation. The film was starred by Matthew McConaughey and Renee Zellweger who haven’t reached the peak of their career.

A film with a similar name with the original, also called The Texas Chainsaw Massacre was released in 2003 and it’s also based on the first film, however it has an entirely different storyline. In the first film, the group of people pick up a stranger, who is actually the brother of Leatherface. In the newer film, they stumble upon a dazed survivor. For the first time, we are given an explanation of the Leatherface’s background story. We also learn his actual name, Thomas Brown Hewitt. Further background story is explained by The Texas Chainsaw Massacre: The Beginning, which was released in 2006. The film features Leatherface’s first human skin mask and also his first murder using the chainsaw. The setting of the film is in 1969 and we know about the root of Hewitt’s family. The Texas Chainsaw 3D is the latest in the franchise and it can be considered as the direct sequel of the original film. In this film, it’s about a young girl who travels with her friends to get an inheritance. She finds out the she is the cousin of Leatherface.

If you watch all the films, you could see a number of similarities that they share, such as capitalism and cannibalism. The technique of cinematography is used to create and maintain suspense throughout each film. Each new film provides slightly difference view of the event, but we get more and more hints about the abnormal cannibalistic family. Leatherface is definitely the leading role who is present in all the Texas Chainsaw Massacre films. Regardless of the gore and grisly representations, many people are addicted to this franchise. 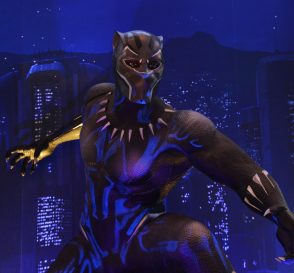 Each year, hundreds of sci-fi films are released and film makers are hoping to reach the top position. However, these films often share many similar things and it is difficult for them to stand out. When certain elements become too …
February 25, 2019|Entertainment|