Any ardent fan of horror films should be able to quickly describe repeated and recurring patterns that they see from these films. Some of the clichés are too repetitive that we roll our eyes when we see them again a newly released horror film. One cliché that we see getting repeated over and over again is a person who goes to house, woods or any quiet place alone. This is quite common in many teen-slashers, with an expendable boy or girl who has a minor, brief role in the film. The person could be the first juicy victim for a masked, crazed killer who is stalking the group. Often, the victim simply wants to relieve himself in the woods or has a unusually surge of courage to venture into a house, knowing that there’s a serial killer lurking inside. Another cliché is to use car as a hideout or a way to run away from the onrushing killer. The person will see a vacant car, get inside and then struggle to start it up. The killer may or may not catch up with the intended victim, depending on whether the victim is able to start the car and flee from the scene.

We may also see a badass expert in the group, who others are looking up to. The person seems to be knowledgeable on how to defeat the creature, although doing that is still a struggle. In some films, survivors step over the dead body as a foolish attempt to make sure that the enemy is already dead. Then, we will get a pathetic jump-scare when the ankle of the person is grabbed by the still-living creature. It makes better sense to whack the dead body of the killer with a bat to make sure he is dead, instead of stepping over it. Another cliché is that there’s a ghost in the house, but the occupants refuse to move out. The film Poltergeist is a good example of this cliché, to the point we see a slightly hilarious scene of the family members stare tiredly on the moving objects in the house. It is quite obvious that if the characters move out, then there’s no point continuing the film, because there’s no more interaction with the supernatural elements. Despite the repeated terror, they remain in the house and the problem gets worse and worse, until an exorcist or a medium arrives to assist the troubled family. Quite often, the supernatural disturbance remains to happen and the husband insist on staying and they won’t give up the “dream house”.

Another annoying thing we see from horror films is the repeated cat jump scares. We have all seen this before, a car jumps out suddenly, scaring the actor and us, the audience witless. When a character is being chased away inside the house, she often run upstairs and lock herself inside a room; instead of running out of the front door. There are many other horror clichés that we often see and these are not all of them. 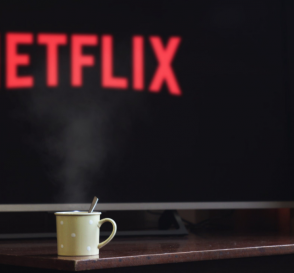