Each year, hundreds of sci-fi films are released and film makers are hoping to reach the top position. However, these films often share many similar things and it is difficult for them to stand out. When certain elements become too common, we can’t use them to differentiate our films with others. A good sci-fi film should be highly unique and it should be able reach a spot of distinction. New sci-fi films need to make a bigger leap and come up with new ideas. Another good element of a sci-fi film is that it needs to have technology that is easy to explain, regardless of how sophisticated it is. A robot, space ship and machine may seem to be very detailed and elaborate. Avatar (2009) shows us a technology that places the mind of human to a body of alien. The concept is a bit complex, but it becomes easy to understand when we see how the leading actor interacts with the technology.

Human is invading the planet Pandora for resources and it needs to fight the natives, the large, blue-skinned humanoids. The mind of the main character, John Sully (Sam Worthington), is placed into the body of the native. Things become make sense during Jake’s training session with the technology. Just like any film, there should be characters that care about. In this case, technology shouldn’t be the sole focus. The film needs to involve the development of the character. As characters develop further, we may become more comfortable with them. This is particularly true to sci-fi TV series, as we feel a degree of attachment with each character. Independence Day (1996) is filled with plenty of highly likeable characters, from the drunk veteran pilot to the inspiring president. We can also easily like other characters in the film and we feel comfortable when they are shown on the screen. A good sci-fi flick should have a compelling story that motivates people to seek for more.

With great storyline, the audience can be easily drawn to the film. Great actors, slick technology and cool graphics will eventually feel bland if people are bored with the easy to predict, cliché-ridden storyline. District 9 (2009) has a compelling and an unusual concept. It’s about a large group of alien who land and stranded on Earth. Instead of enslaving the humanity, they are forced to live in a ghetto and become second class citizens. It is a similar topic about discrimination, but this time, the advanced alien beings don’t dominate.

A good sci-fi film emphasizes on imagination, but it shouldn’t violate the rules of science. People should still be able to see correlation with the laws of natural sciences that they know. Red Planet (2009) violates a basic fact about Mars and the astronauts discovered that they can actually breathe within the planet’s atmosphere. The film is also guilty for using wrong scientific terms for different objects.  Many people are left confused after seeing the film. 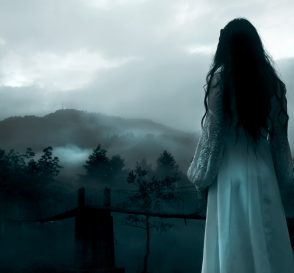 Any ardent fan of horror films should be able to quickly describe repeated and recurring patterns that they see from these films. Some of the clichés are too repetitive that we roll our eyes when we see them again a …
January 21, 2019|Entertainment|