Everyone knows that Orlando is famous for its amusement parks, and Disney World is its most iconic entertainment venue. Fortunately, this is just one item on the large list of interesting places to visit in this wonderful city.

Both in and around Orlando, you will find incredible natural sights, small cozy towns steeped in history, and simply cool places to have a great time. You just need to rent a car to reach them.

Pick up a Jeep rental Orlando and it will be the first step to a breathtaking adventure in the heart of Florida. A rental car allows you to explore the area’s best destinations, making your trip even more exciting. If you’re ready to start, we’ve prepared some great spots to visit on your upcoming Orlando road trip:

Located 15 miles from the city, Gatorland is the largest crocodile and alligator zoo in the world, with over a thousand individuals living there. Getting to this place by rental car from Orlando will be quick and won’t take more than half an hour.

All reptiles are kept in open-air cages. What’s more, small individuals live separately from adults. The main distinguishing feature of Gatorland is the huge lake that occupies the central territory. A wide variety of bird species fly around this lake.

Many hiking trails allow visitors to feel at one with nature. Recently, four rare albino alligators have appeared in Gatorland. Due to the lack of the ability to camouflage in nature, there are practically no such reptiles left. Therefore, you will have a unique opportunity to see them with your own eyes.

Any trip to Florida won’t be complete without visiting the Kennedy Space Center. This is the only place on Earth where you can go on an excursion at the real headquarters for launching space rockets! Here you’ll see giant rockets with your own eyes and ride on spacecraft simulators.

By the way, this place is famous for its unique nature. Most of the Kennedy Space Center’s nearby area is home to a wildlife sanctuary, which includes the Mosquito Lagoon, Indian River, Merritt Island National Wildlife Refuge, and Canaveral National Seashore. 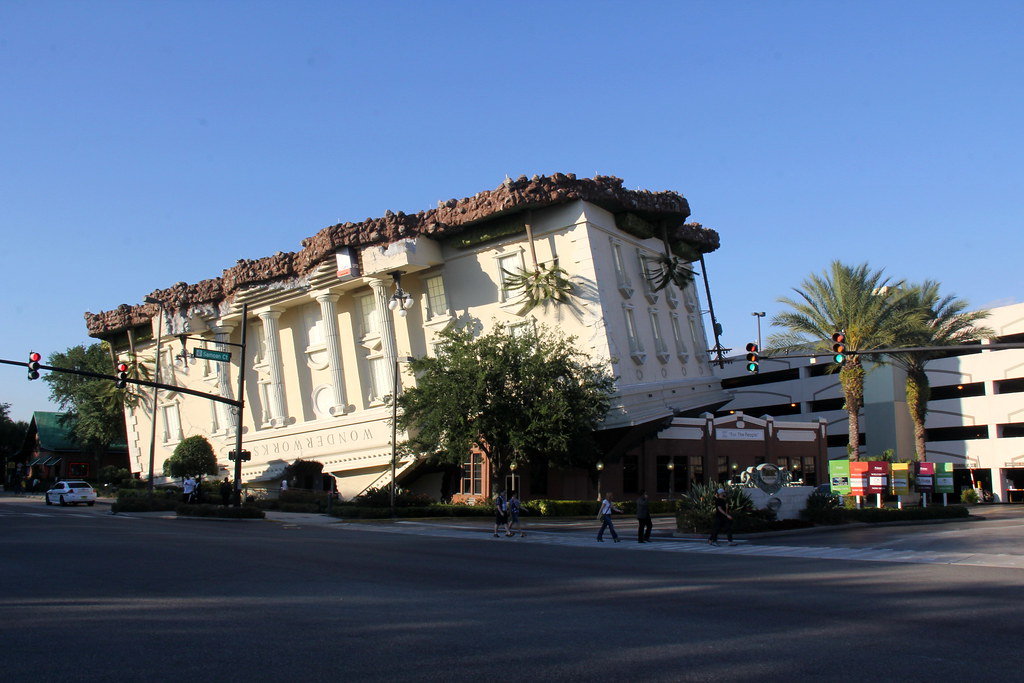 This is a rather unusual building that has become a real cultural landmark in Orlando. The fact is that it’s turned upside down, not only outside, but also inside.

They say that the building used to be a research laboratory. When creating a giant tornado, scientists made a mistake in their calculations, so a huge whirlwind turned the building over.

Now it houses a museum, where you can walk on the ceiling, between the chandeliers. Visitors to the house won’t get bored there, because there’s a lot of entertainment in it. For example, a virtual roller coaster, a room for meditation and earthquake simulation, an illusion gallery, a space zone, a fear zone, and other interesting things are located on an area of ​​18,000 square meters. 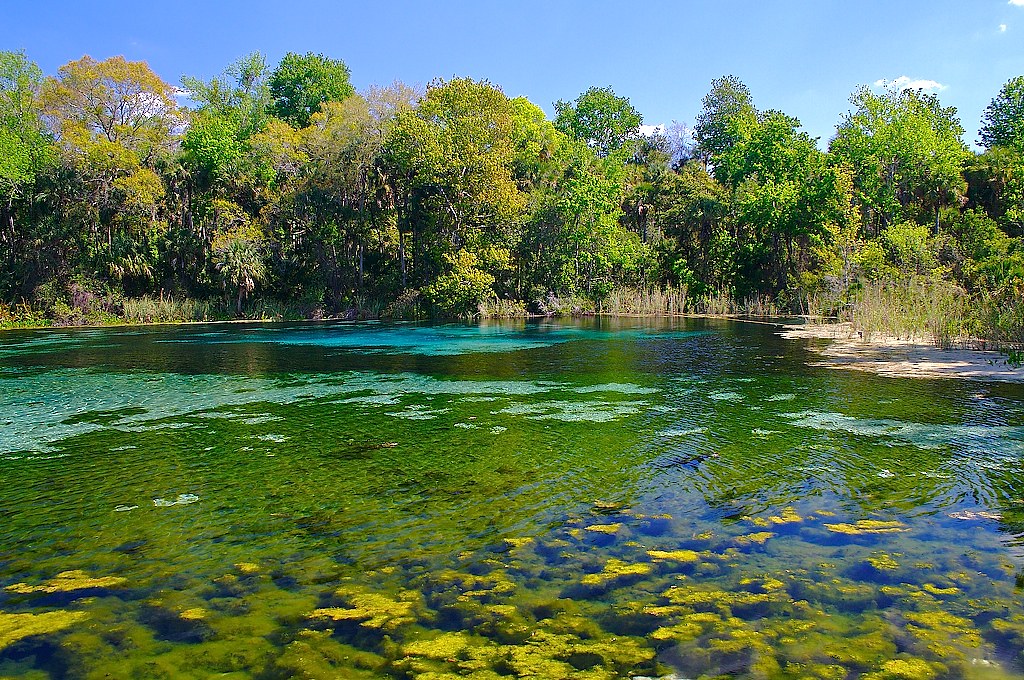 Ocala is the second-largest national forest in Florida and the world’s largest pine forest. It’s home to many rare species of animals and birds. The American black bear, bald eagles, deer, tawny owls, osprey, and otters are just some of its famous inhabitants.

The territory of Ocala features more than 600 lakes, several rivers, and a huge number of springs, which makes it popular among fishermen. Ocala National Forest is a great holiday destination all year round.

Thanks to the mild winters, you can come there for family camping, and in the summer you can go canoeing or hiking to explore the local ecosystem. Such leisure activities as horse riding and deer hunting are also popular in the forest.

Visiting Ocala National Forest in your rental car is a great idea for a day trip. If necessary, you can also stay there longer at a local campsite. 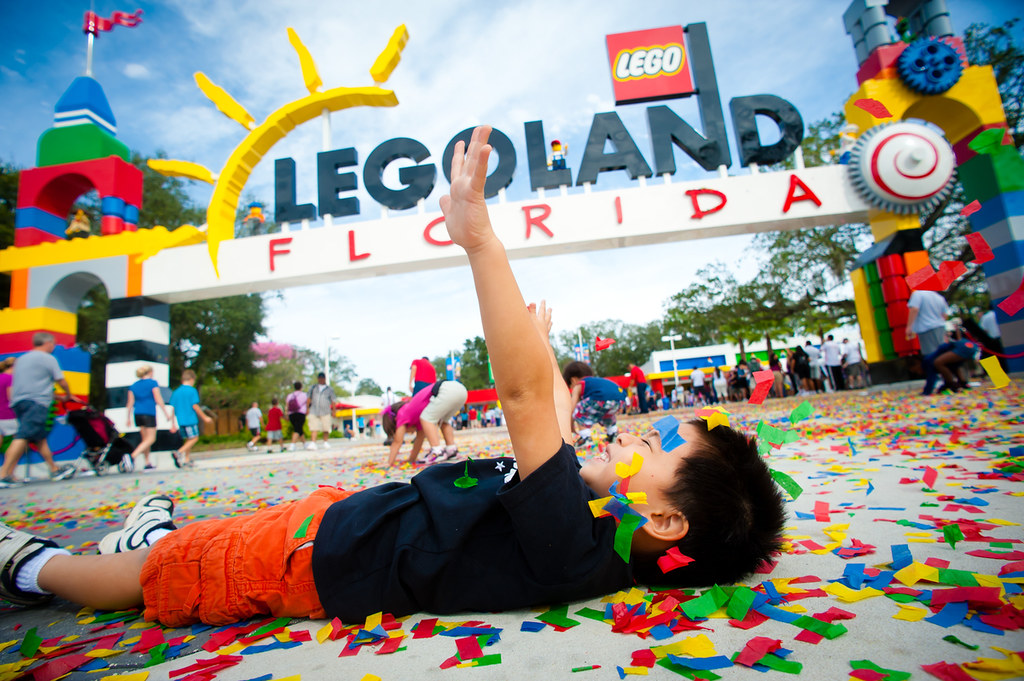 The first-class entertainment complex welcomes kids and adults. With over 50 rides, showrooms, restaurants, shops, a modern water park, and an impressive botanical garden, it’s today the world’s Lego-inspired park. It’s located just 52 miles away from Orlando and lies along the shores of Lake Eloise in Winter Haven. The ride in a rental car will take about 45 minutes.

Build-A-Raft River is the most popular ride in the park. You should build a raft from LEGO parts and float down the lazy river. Also, in Legoland, you can learn to drive your own yacht or Lego car.

Discovery Cove is another alternative place to visit in Orlando. It’s divided into several natural areas. One of them is a sandy beach where you can put on a wetsuit and swim in the company of stingrays, while admiring the corals and taking photos with a waterproof camera.

You will also have the opportunity to swim in the clear waters of the lagoon with friendly dolphins or take a 60-minute journey along a tropical river flowing among the rocky shores of Discovery Cove. However, this is not an ordinary river, because it changes the speed of the current several times, which turns your trip into a real water adventure. 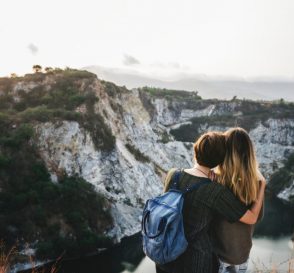 If you’re an outdoor buff, going backpacking will give you the best of both worlds. You get to broaden your horizons that extend far beyond your local campground, and you also get to immerse yourself in nature. But when it …
July 30, 2019|Travel|