Sushi is one of the tastiest and most nutritious meals that we can get. It’s perfect for lunch and dinner. Both college students and business professionals often eat sushi regularly, because it’s considered as healthy fast food. Sushi has great ingredients, such as fresh fish that is rich in Omega 3 fatty acids. However, there are a number of risks of consuming sushi, especially if you get it from questionable sources. Sushi was created in Japan as a convenient way of eating rice with various ingredients. It is often consisted of a balanced meal with vinegared rice as the source carbohydrate, meat as the source of protein and various vegetables, such as cucumber, lettuce and tomato. Although the fish raw, it’s usually marinated in different sauces first to improve the taste.

We can be quite creative when making a sushi by using ingredients such as shrimp, eel and avocado. However, raw fish is by far the most popular ingredient for sushi. It’s typically tuna and salmon. Although both fish species contain plenty of great nutrients for your body, there’s also toxic element that we should be aware of. Toxic is a heavier metal element and it tends to accumulate inside living tissue. Due to various industrial activities, waste could be dumped into the ditch and river, which eventually reach the sea. Millions tons of pesticide are used each year and much of it reaches our ocean. Some of these toxins will enter fishes. In fact, big tunas are among the upper predators and it consumes plenty of smaller fishes and creatures. So, there’s a chance that they have concentrated level of toxins.

There are plenty of health risks of ingesting mercury, such as damages to the central nervous system, brain-related issues, headaches, allergic reactions, sperm damages and birth defects. Although you may get a trace amount of mercury from a piece of sushi, it will slowly accumulate until reaching a dangerous level. Hepatitis A is also a risk when you consume raw fish and food that’s handled with hand. This disease is caused by virus and it attacks your liver. If your liver can’t function well, you will have a much reduced ability to fight off bad germs. Hepatitis A can be contracted if you consume unhygienic shrimp and crab. Symptoms of Hepatitis A may include loss of appetite, nausea and fever.

Again, because some of the ingredients, like fish and vegetables are raw, they may contain some parasites and worms. It takes a professional sushi chef to know whether a fish or oyster is infested with worm. Although worms can be killed easily by heat, their eggs requite longer period of cooking at boiling temperature. Because sushi uses raw fish, it’s a great opportunity for worms and other parasites to find new hosts. When these parasites enter our body, they will reside in our intestines and get nutrients from our digested food. If you want to reduce this risk, you should get your sushi only from reputable restaurants and highly experienced sushi chefs. 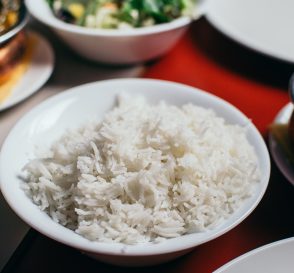 Rice is one of the most important sources of carbohydrates for the world population. It literally feeds billions of people around the world and consumed on the daily basis. Rice is the source of instant and quick energy. Because rice …
March 2, 2019|Health & Fitness|