When cooking dishes with Cajun spices, you can turn something ordinary into an exotic meal. Cajun cuisine is known for its rustic elements. Cajun immigrants are essential French-speaking Acadians who were deported to Louisiana. Celery, onion and bell peppers are main ingredients of Creole and Cajun cuisines. In traditional French cuisine, there’s something similar, called mire poix, which is consisted of diced carrots, celery and onions. However, Cajun cuisine is more flexible. As an example, you can add dried cayenne pepper, green onions, bay leaf and parsley into many Cajun dishes. There are no set rules; you may even add sassafras, crayfish and sugar cane. Cajun cooking is also known for African, Portuguese, Italian and Spanish influences. Various cooking methods can be used, such as stewing, injecting, pan broiling, etouffee, deep frying, boiling, braising, grilling and barbecuing. Because people in the New World had a harder life, game meat can be added into Cajun cuisine. Other than rice, corn could be used as well.

Due to the abundance of catfish in the Mississippi area, it has replaced the use of red fish and trout. Cajun cuisine also uses Dark Roux, which is a thickening agent, made from olive oil and flour; or lard oil and flour. Etouffee and gumbo needs to be thicker to increase the taste. Although Cajun dishes appear to be well cooked, you should avoid overcooking the ingredients. High temperature could easily destroy ingredients. You need to stir the food regularly. Light roux could also be used for light and more delicate dishes. Acadian stocks are usually made from shellfish, crawfish head or shrimp, it’s also heavily seasoned. Boudin is a unique type of sausage, which is made from pork, pork liver, garlic, rice, green peppers and various spices. Here are popular Cajun dishes that you should know: 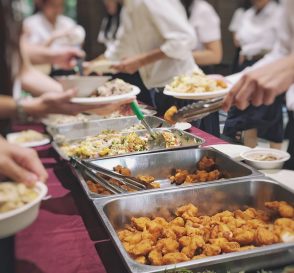 If you are preparing for a big event, there are no other solutions that hiring a catering service. Food can make a different between a smashing success and a total disaster. The key element is to choose the right caterer. …
March 12, 2019|Health & Fitness|