For many high school girls, not being part of the crowd may make them feel somewhat worthless. In reality, girls have much power to determine their self worth and self image among their peers. Students are not only struggling to perform well at school, but also to get in. Many pretend that they don’t care, however, they secretly wish they belong to one of the groups. Being popular may feel like becoming a high school royalty, which gives them a lot of respect and recognition. However, things are not so easy. Girls often tend to become mean and self-centered to reach their way up to the top of social ladder.

Popular girls are often under plenty of pressure, because they are at the top. They have clawed their way up to that spot and they try hard to stay there. Deep down, these girls know that what they are doing is useless and has no real relevance to their future success. Being popular in high school will not benefit them in college and future career. The problem can be so severe that popular girls may actually hate one another. Their Facebook pics may give an illusion that these girls are best friends forever, but their relationships are rife with jealousy. They are jealous for others’ boyfriend, wardrobe, grades, cars, house and money. In fact, some girls try to steal each others’ boyfriends based on jealousy and not affection.

Popular girls may show themselves as being fabulous and self-assured, but it’s just a facade. They are so insecure that they try to put people down. A self-assured individual won’t resort to this kind of measure and they try doing only productive things. High school girls shouldn’t be miserable and hide behind those smiling pictures. Having a wrong social position and status can become a ticking time bomb, which causes so much emotional misery, when it explodes. Girls should avoid being popular because of only how they look, which is meaningless, unless they plan to become top models.

One big question is whether high school girls even need to be popular. Instead of being only popular, they should gain something that can benefit them in college and future career. There’s nothing wrong about looking beautiful, but it shouldn’t be your main goal each day. Thinking too much about your appearance everyday can be quite distressing and consumes much of your time. It doesn’t mean that girls should allow themselves to appear nerdy and dorky. But, it is more about appearing and behaving as a respectable person, which can give good impression on everyone. In reality, by behaving in a certain way, girls can connect with like-minded students.

It’s better to focus on building relationships with genuine and sincere individuals, who think and behave constructively. High school girls need to think what can make them do much better in college. They need to study hard and it’s their primary task. They need to develop skills and learn to have healthy social relationships. 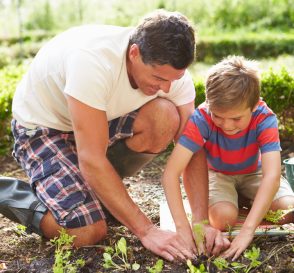 Bullying is a persistent and serious issue in many schools. In fact, it is believed that at least 30 percent of students become bullies or victims of bullying. Bullying is an aggressive activity, due to imbalance of power and specific …
February 14, 2019|Education|